The Countdown Has Begun!

Posted on February 23, 2016 by studiofilmschool

With just 7 days to go until the reveal of our big rebranding project, we catch up with company directors Dan and Donna to find out a bit more about the changes… 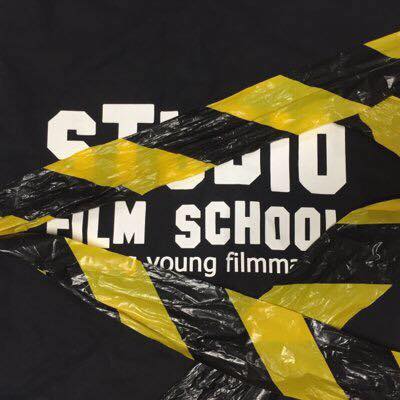 It’s just 7 days until the new branding is revealed!

“It’s time to say goodbye to Studio Film School and ‘hello’ to our all new image.

As you may already know, since August 2015, we’ve been busy making some pretty big changes here. Now, finally, it’s almost time to unveil our new name, look and overall identity. It’s a big change for us, and we wanted to share with you exactly what it means for us.

In May 2010, we sat down over lunch in a Pizza Express and legally ‘formed’ Studio Film School Ltd. This meant signing an all important form, and then just like that, we were a company. We were both 24 years old, which might explain why this life changing moment happened over a pizza.

That summer, we ran our first two Summer Film Shoots, two pilot programmes of workshops that looked and felt like we wanted them to: lots of creative fun. Both workshops went well, the first taking place in a village hall in Wilmslow, Cheshire (where Donna is from) and the second in Balham in London, where we were invited by the Exhibit cinema to run a partnership project. From that first workshop, some of the filmmakers became our first Saturday members: Jasper, Stefan, Rosa and Nathan. Rosa and Nathan are both still with us today after nearly six years and can attest to just how much we’ve grown in that time.

The following summer, we remember an argument we had, in a hot car, stuck in traffic somewhere on the M6. We both wanted to change our name… We had a feel for our own workshops now, and both felt that the ‘school’ part had the wrong connotations to it… It felt too long, too ‘proper’, but despite six long hours, we couldn’t reach any agreement. We decided to stick with Studio Film School for the time being. That conversation came up occasionally over time, but without that Eureka moment we were holding on for.

Last year some new (and important) people came into our lives. We met Liz, who helps us with our expansion plan for lots of new centres, and then we met branding experts Paul and Paula from design agency Form.

Paul and Paula tend to work with music artists and the entertainments industry, so they were able to guide us through the process of what we wanted to achieve. They helped us to think about who we were, why we were different and why it is we do things the way we do them. They helped us to see all the things we actually offer: the reasons why we love what we do. And from there, in August 2015, we finally reached a decision…

On 1st March, after we’ve shared it with our team and our members, we’ll be announcing our new look to the world. We can’t wait, and invite you back in just a few weeks for the big reveal!

In the meantime, stay up to date with our countdown at http://www.studiofilmschool.co.uk.&#8221;

This entry was posted in Uncategorized. Bookmark the permalink.